Are you a champion of fair and equal access to affordable housing? Are you committed to being a change agent for neighborhood revitalization? If so, then apply today to be a Community Development Specialist.

As a member of the Neighborhood Services Department, the Community Development Specialist is a subject matter expert in receiving and allocating federal and other funding to make meaningful, tangible, and personal impact in the lives of our community members.

Benefits include paid sick, personal, and vacation leave and 11 holidays per year as well as health and life insurance and a pension through the Illinois Municipal Retirement Fund (IMRF). View the full Non-Bargaining Unit Exempt Fringe Benefit Summary at .

The Community Development Specialist collaborates with area partners such as non-profit housing development agencies, financial institutions, and contractors in the implementation of the City’s Neighborhood Plan. They work on multiple projects simultaneously, administer contracts, perform grant compliance and monitoring, and conduct real estate negotiations for the acquisition and sale of City-owned properties.

To apply, visit the City’s Jobs Page at champaignil.gov/jobs.

The City’s mission is to provide responsive, caring, cost-effective service in partnership with our community. The following values guide our work: Personal Integrity, Responsibility, Respect, Teamwork, Results.  The City of Champaign is committed to promoting a work environment and a community that values and supports diversity and inclusion. 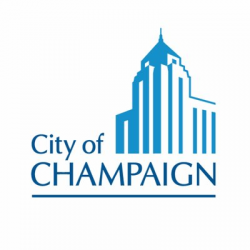 About City of Champaign

If you're visiting town for a Big Ten sporting event, a convention, or out for an evening of culture, you'll find Champaign a community rich in activities.

While we're proud to be home to the University of Illinois, which sits on the line between Champaign and Urbana, we are also home to Parkland College, the local Unit 4 public school system, and a variety of private primary and secondary schools.

Champaign is home to an award-winning system of neighborhood parks, and together with our Twin Sister City of Urbana and our surrounding County, also home to many museums, galleries, theatres, and other diversions.

The City of Champaign operates under the Council-Manager form of government. The City's legislative authority is vested in a nine-member Council consisting of the Mayor, three members elected from the City at-large, and five members elected from districts. Each member serves a four-year term. The City Manager serves as the City Executive, supervising nine department heads that direct the administrative functions of the City.