Known for its spectacular location and natural beauty, neighborhood atmosphere, services available to residents, open space, and adjacency to destinations throughout Southern California, the City of Westlake Village (approximately 8,200 population) is one of the most desirable communities to live, work, and recreate in, in California. As a City that is also known for professional and exemplary management, collaborative teamwork, and a family-oriented atmosphere that values a work/life balance in support of fostering productivity and innovation, the City is seeking an experienced, knowledgeable, forward-thinking and customer service focused individual to serve as Accountant II.

The City is seeking an energetic and enthusiastic Accountant who has the ability to develop and maintain positive and ongoing relationships and interactions with the public, City staff, consultants, nonprofit organizations and businesses; the ability to complete tasks in a timely manner; and the appropriate skills in managing multiple projects and activities at the same time. The ideal individual should be results-oriented, possess a great attitude, demonstrate creativity and innovation, and work efficiently.

The position will work under the supervision of the Administrative Services Director to perform professional accounting work in the preparation and maintenance of accounts payable, receivable, payroll, and other financial and statistical records and reports, requiring the application of accounting principles and procedures; and perform other administrative tasks as may be occasionally assigned. The position analyzes and verifies financial documents, City revenue receipts and other financial entries for accuracy and compliance with established accounting and auditing procedures; originates journal entries, reconciles bank and investment statements, prepares vouchers, billings, trial balances and maintains a variety of financial schedules, records and files; ensures proper accounting for fixed assets, revenue and expense accruals; and performs related work as required.

DESIRED QUALIFICATIONS
Education: Bachelor’s degree from an accredited college or university with a major in accounting, finance or related field is highly desirable.

Experience: A minimum of two years, with five years highly desirable in a position in governmental accounting, including duties relative to accounts payable, accounts receivable, payroll, and financial reporting and compliance. 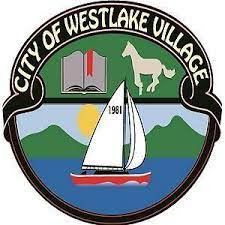 About City of Westlake Village

Settled snugly in the northern foothills of the Santa Monica Mountains in western Los Angeles County, the City of Westlake Village is nine miles inland from the Pacific Ocean and 38 miles west of downtown Los Angeles. Occupying only 5.4 square miles, averaging 900 feet above sea level, the community is framed by the Simi Hills to the north and the Santa Monica Mountains to the south.

About 3,000 years ago, Chumash Indians moved into the region and lived by hunting rabbits and other game, and gathering grains and acorns. On-going excavations, archaeological sites, and polychrome rock paintings in the area provide a glimpse into the social and economic complexity of the ancient Chumash world. In 1770, Captain Gaspar de Portola led a party of Spanish explorers and missionaries, traveling north on the route that became known as the El Camino Real. The party camped near a Chumash village, believed to be the site of present-day Westlake Village. Father Juan Crespi, chaplain and diarist of the expedition, wrote: “We are on a plain of considerable extent and much beauty, forested on all parts by live oaks and oak trees, with much pasturage and water.”

When the Spanish finally did settle the area, they were given huge land grants, the largest of which was Rancho Simi, given to the Pico family. When Mexico won independence from Spain in 1821, California became a territory of Mexico, and a few more land grants were given. When California was admitted to the union in 1850, most of the land that later became Ventura County was divided among only 19 families. The picturesque future Westlake Village site among rising knolls, arroyos, barrancas and ancient oaks was recognized as the central part of two Mexican land grants: Rancho El Conejo and Rancho Las Virgenes. In 1881, the Russell brothers purchased a large portion of the land for cattle ranching. According to Patricia Allen, historian and family descendant, Andrew Russell beat the competition in buying the land by racing across 6,000 acres on a fifteen-minute trip in a buckboard and sealed the deal with a $20 gold piece. The price per acre was $2.50. The area continued to be known as the Russell Ranch although it was sold in 1925 to William Randolph Hearst and again in 1943 to Fred Albertson. The Russell family leased back part of the land to continue its successful cattle ranch operation while the Albertson Company used the vast acreage as a movie ranch. Many movies and television shows were filmed here, including “Robin Hood,” “King Rat,” “Laredo,” and various episodes of “Tarzan,” “Buck Rogers,” “Gunsmoke,” and “Bonanza.”

In 1963, the American-Hawaiian Steamship Company bought the 12,000 acre ranch for $32 million and, in partnership with Prudential Insurance Company, commissioned the preparation of a master plan for a “City in the country.” Prominent architects, engineers, and land planners participated in designing a unique, integrated community that has become a nationally acclaimed model for the planned community concept. “The City in the country” was named Westlake Village and soon became recognized as one of America’s most successful suburbs and finest areas to live, work and raise a family.

Today, a population of 8,378 resides within this beautiful, natural environment of award-winning neighborhoods, thriving businesses, and enviable lifestyles. The original master-planned community of Westlake Village is transected diagonally by the Los Angeles and Ventura County line. The Los Angeles County side, consisting of 3,456 acres, was incorporated as the City of Westlake Village in 1981 and became the 82nd municipality in Los Angeles County. The Ventura County side, comprised of the remaining 8,544 acres of the original Russell ranch, was annexed into the City of Thousand Oaks in two portions in 1968 and 1972. The wisdom of the master planners in preserving, protecting and enhancing the natural environment of the area is evident today in the consistent growth and vitality of Westlake Village.