Minimum Qualifications
This Athletic Official position will be filled at one of the following levels depending on qualifications:

The City of Austin Parks and Recreation Department ( PARD ) provides, protects and preserves a park system that promotes quality recreational, cultural and outdoor experiences for the Austin community. Working with the City of Austin provides a number of health and welfare benefits, such as medical, paid leave time, a great retirement plan, training opportunities and more! Click HERE for more information.

These purpose of the Temporary Seasonal - Athletic Official I positions will be to officiate Youth, Teen, Adult Sport Leagues and Sport Specific Clinics at various City of Austin Recreation Centers and at the Krieg Multi-Purpose Field.

Hours
Days and hours vary depending on seasonal needs but average between 20 - 30 hours per week.

Duties, Functions and Responsibilities
Essential duties and functions, pursuant to the Americans with Disabilities Act, may include the following. Other related duties may be assigned.

Knowledge, Skills and Abilities
Must possess required knowledge, skills, abilities and experience and be able to explain and demonstrate, with or without reasonable accommodations, that the essential functions of the job can be performed.

Criminal Background Investigation This position has been approved for a Criminal Background Investigation.
EEO/ADA
City of Austin is committed to compliance with the American Disabilities Act. If you require reasonable accommodation during the application process or have a question regarding an essential job function, please call (512) 974-3210 or TTY (512) 974-2445.

Information For City Employees: If you are an employee within the department, are in good standing and meet both the minimum and preferred qualifications, then you will receive an initial interview.

Required fields are indicated with an asterisk (*).
* This position requires that you be at least 18 years of age with at least 3 months experience officiating athletic events/activities. Do you meet the minimum qualifications for this position? * The position requires CPR/AED and First Aid certifications. Will you be able to obtain these certifications within 30 days of hire? * Do you have the ability to travel to multiple sites as part of the regular job duties? * If identified as a top candidate, do you agree to a Criminal Background Investigation (CBI)? * Please select that answer that best describes your experience officiating athletic events/activities. * Please describe your officiating experiences and/or background?
(Open Ended Question)
* Which sports have you officiated? * This is a multi-position job posting and you will only be notified if you are selected to move forward in the process. Once the department is no longer hiring for this position, you will receive a notification informing you of such.
Optional & Required Documents
Required Documents Optional Documents Resume 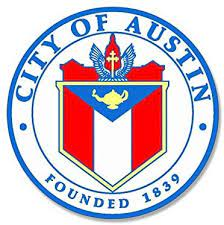 About City of Austin

The City of Austin

This vibrant and dynamic city tops many lists for business, entertainment, and quality of life. One of the country’s most popular, high-profile “green” and culturally rich cities, Austin was recently selected the number one Best Place to Live in the U.S. (U.S. News & World Report). In 2016, Forbes named Austin the city most likely to prosper over the next decade on their America’s Cities of the Future list, and the City of Austin ranked in the top ten on the Forbes list of America’s Best Employers for 2017.

Austin continues to lead with its vision of being the Most Livable City in the Country, emerging as a player on the international scene with such events as SXSW, Austin City Limits, Formula 1, and being home to companies such as Apple, Samsung, Dell, and Ascension Seton Healthcare. From the home of state government and the University of Texas to the Live Music Capital of the World and its growth as a film center, Austin has gained worldwide attention as a hub for education, business, health, and sustainability.

The City offers a wide range of events, from music concerts, food festivals, and sports competitions to museum displays, exhibits, and family fun. Austin is also home to a wonderful ballet, world-class museums, one-of-a-kind shopping, and beautiful outdoor spaces. You can just as easily spend your morning paddling the lake as you can strolling through a celebrated history museum.

Located at the edge of the Texas Hill Country—rolling terrain of limestone bluffs, springs, rivers, and lakes—Austin’s temperate climate is ideal for year-round jogging, cycling, hiking on the City’s many trails, or swimming at Barton Springs or one of the area’s many other swimming holes.

There are a number of excellent golf courses in the area as well as recreational opportunities for rowing, kayaking, canoeing, camping, rock climbing, disc golf, mountain biking, fishing, and more. Austin truly has something to offer for everyone.

The City Council and City Manager of Austin are committed to the mission of delivering the highest quality, cost-effective services. Austin is a beacon of sustainability, social equity, and economic opportunity; where diversity and creativity are celebrated; where community needs and values are recognized; where leadership comes from its community members, and where the necessities of life are affordable and accessible to all.