Are you looking to join a team that values Professionalism, Accountability, Integrity, and Responsiveness?   Do you want to be a part of a strong team dedicated to serving our community, building relationships, and creating opportunities?  Then this might be the opportunity for you!

We are looking for someone to join Team Yuma as a Water Treatment Plant Manager, working with the Department of Utilities.   This ideal candidate will be responsible to manage and monitor operations at the City's Water Utility plant.

Under general supervision, this job classification plans and manages the operation, maintenance and repair of Water treatment systems and operating plants for the City of Yuma's Utilities Department; coordinates with City departments and State agencies to assure compliance with state and Federal environmental regulations and standards, and City policies, procedures and goals.

ESSENTIAL FUNCTIONS: -- Essential functions, as defined under the Americans with Disabilities Act, may include any of the following representative duties, knowledge, and skills. This is not a comprehensive listing of all functions and duties performed by incumbents of this class; employees may be assigned duties which are not listed below; reasonable accommodations will be made as required.  The job description does not constitute an employment agreement and is subject to change at any time by the employer. Essential duties and responsibilities may include, but are not limited to, the following:


PHYSICAL DEMANDS AND WORKING ENVIRONMENT
Work is performed in a standard office environment and on location at City Water Utility plants with moderate physical requirements, and strength sufficient to lift and move items weighing up to fifty pounds; may be exposed to safety hazards and dangerous tools and equipment.

Please mention you found this employment opportunity on the CareersInGovernment.com job board. 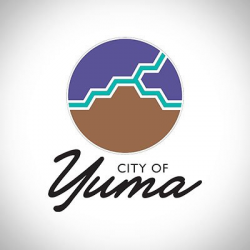 About City of Yuma

Yuma resides near the borders of California and the Mexican states of Sonora and Baja California, and near the convergence of the Colorado and Gila rivers. Known as one of the sunniest places on Earth, Yuma offers residents a year-round vista of surrounding mountains and valleys with lush agricultural fields.

The incorporated area of Yuma is approximately 121 square miles within Yuma County, which occupies the southwestern corner of Arizona. Approximately 96,000 residents call the City of Yuma their full-time home, according to the 2020 Census, with 204,000 or so living in Yuma County. An additional 90,000 or so stay in the Yuma area during the winter. Agriculture is the largest segment of Yuma’s economy, along with military and tourism.

The City of Yuma is a full-service, council-manager government governed by a charter, Arizona state statutes, and an adopted strategic plan. Public services include police, fire, water and wastewater utilities, public works, solid waste services, parks and recreation, and arts and culture services.