Here in Huntington Beach, we believe passionately that the key to becoming the best beach City in the world starts and ends with finding the right people to join our team. At this time, we have outstanding opportunities available, as we're looking for the "right people" to serve as Senior Services Driver with the Community and Library Services Department.

First and foremost, the City is seeking individuals who have an unwavering commitment to team-based environment, and recognize that leaders must be focused always on serving their people. For us in Huntington Beach, successful candidates must be genuinely committed to living our organization's behavioral values, which include:
Outside of these behavioral characteristics, we're also looking for candidates who are ready to grow and develop and who can envision new ways to improve and enhance services.

Please Note : Vacancies for these positions occur sporadically. The hiring department will contact applicants as needed.

Ideal candidates must possess effective and cooperative communication and interpersonal skills and have the ability to relate to a diverse group of people.

Hours worked per week may vary.

Temporary/part-time employment is restricted to 1,000 hours within a 12-month period (July 1 - June 30) and does not qualify to receive City benefits, except those required by law. The City does not belong to the Social Security system. However, enrollment in an alternative retirement program is mandatory which requires an employee contribution of 7½% of base earnings to the Public Agency Retirement System (PARS). There are no rights to employment and employment may end with or without cause or advance notice. Further restrictions apply to CalPERS retired annuitants.

Positions in this classification are deemed safety sensitive under Department of Transportation (DOT) and Federal Motor Carrier Safety Administration (FMCSA) regulations and subject to drug and alcohol testing.

Employees regularly assigned/required to drive a City or personal vehicle in the course and scope of work shall be required to participate in the DMV Employer Pull Notice program.

Ability to: Operate a motor vehicle and two-way radio; drive in a safe and efficient manner; read and follow street maps; plan and adhere to route schedules; exercise good judgment and take effective action in responding to emergency situations; safely lift and move heavy objects; maintain accurate records; communicate effectively with clients, volunteers and staff; willingness and patience to work with seniors and the disabled; establish and maintain effective working relationships with those contacted in the course of work; communicate effectively with others; and deliver quality customer service.

Supplemental Information
Sufficient strength and dexterity to provide physical assistance to clients and a willingness to work with frail elderly. 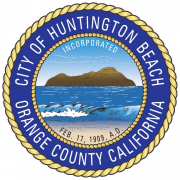 About City of Huntington Beach

The City of Huntington Beach is located on the shore of the Pacific Ocean in northwestern Orange County, 40 miles south of Los Angeles and 90 miles north of San Diego. As the fourth largest city in Orange County, with a population near 200,000 residents, Huntington Beach is known as “Surf City USA” due to its abundance of beaches, sunny, warm Mediterranean climate and casual lifestyle. Huntington Beach covers 28 square miles of land, 26 square miles of water, and is the 24th largest city in California. With more than 8 miles of uninterrupted beach along the Pacific Ocean, the City also plays host to an annual visitor population of over 11 million people, especially during the summer, special events and weekends.

Huntington Beach has one of the largest pleasure piers in the world and has the longest concrete pier in the State. The City’s park system includes 58 public parks (with a dog park), riding stables and the largest city-owned and operated regional park in Orange County — Huntington Central Park. Also within the City’s boundaries are five recreation centers (including a senior center), three miles of equestrian trails, two golf courses, 72 tennis courts, a marina and a protected wildlife preserve. Running parallel to Pacific Coast Highway and just steps from the ocean is an eight-mile strand perfect for biking, inline skating, jogging or a leisurely stroll.

The City is centrally located to all major attractions in Orange County including the Disney Resorts, the Orange County Performing Arts Center and Repertory Theater, and the Long Beach Aquarium of the Pacific. The City is home to the International Surfing Museum, the Surfing Walk of Fame, Bolsa Chica Ecological Reserve, Huntington Harbour and the Huntington Beach Art Center. Huntington Beach draws some of the largest crowds in the world to such professional sporting events as the U.S. Open of Surfing, Van’s World Championship of Skateboarding and AVP Pro Beach Volleyball.

There are 35 elementary schools, five public high schools and one community college (Golden West College) located within Huntington Beach. The City has a world-class library located within the 365-acre Central Park as well as four additional branch libraries. In addition, Orange Coast College; the University of California, Irvine; and California State Universities at Long Beach and Fullerton are located in close proximity.

There are over 117,000 households within a five-mile radius of the Huntington Beach Civic Center. The average family household income is $122,851, ranking one of the highest in the nation based on the top 100 largest cities in the country.

Founded in the late 1880s, Huntington Beach was incorporated as a Charter City in 1909. Huntington Beach has a City Council/ City Manager form of government. The City Council has seven members who are elected at large, on a non-partisan basis, to four-year overlapping terms. City Council members are limited to two consecutive 4-year terms. There are three elected department heads - the City Attorney, City Clerk and City Treasurer. The position of Mayor is filled on a rotating basis.