To view and print a copy of the announcement for this position, you must have Adobe Acrobat Reader installed on your computer.

THE COUNTY OF LOS ANGELES IS AN ACTIVE EQUAL OPPORTUNITY EMPLOYER
Closing Date/Time: 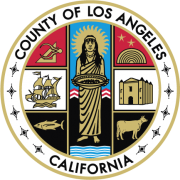