ATTENTION Merit System Employees: Do not apply through this site.

Work performed by Arborists involves tree care operations such as planting, trimming, insect and disease control and removal of tree limbs and debris considering all surroundings before, during, and after tree care activities. This includes the utilization of various hand tools and other equipment used in the care and maintenance of trees and shrubs. Individuals in this job class respond to calls from the public regarding potentially unsafe circumstances, such as low hanging branches, fallen trees, and debris. An individual in this job requires excellent customer service skills to be able to handle members of the public who may be upset. An Arborist in the Merit System receives assignments from a supervisor, and generally operates with autonomy. Supervisors may give additional instructions for new, difficult, or unusual assignments.


DISCLAIMER: This job description is not meant to be an all-inclusive list of the job duties, responsibilities, or skills and abilities required to do the job and may be changed at the discretion of the Personnel Board at any time.

Persons requiring special conditions to accommodate a disability when completing the application should contact the Personnel Board at 205-279-3500 before the announcement closing date. Qualified applicants who believe they will need reasonable accommodation in the examination process should complete and submit an Accommodation Request Form. You may obtain an Accommodation Request Form by contacting our ADA Ombudsperson at ADAO@pbjcal.org, or by accessing the "Request for Accommodation" form through the following website: http://www.pbjcal.org/

The Personnel Board of Jefferson County (Personnel Board) provides a public personnel system based on merit principles. The Personnel Board strives for the constant improvement of the public service by employing and developing the best qualified persons available. The Personnel Board provides equal employment opportunities (EEO) to all employees and applicants for employment without regard to race, color, sex, creed, religion, political beliefs, national origin, age, disability, veteran status, sexual orientation, gender identity or expression, or genetics. This policy applies to all terms and conditions of employment, including recruiting, hiring, placement, promotion, termination, layoff, recall, transfer, leaves of absence, compensation and training. Employment decisions are made by the Merit System municipality or governmental agency in which the position exists. Each Merit System municipality, agency, or jurisdiction administers its own equal employment opportunity programs in compliance with applicable state and/or federal laws and regulations. 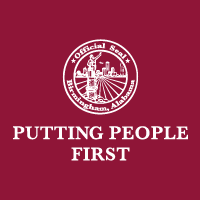 About City of Birmingham

Birmingham is a beautiful and diverse city that offers something for everyone. The largest city in Alabama, Birmingham has a population of over 209,000 and is the heart of a metro area of over 1.1 million.

At the height of the nation’s manufacturing age, Birmingham grew so fast in population, it was labeled the “Magic City.” Today, Birmingham has retained that magic as it continues to see its finance and banking center, world-class higher education, civic innovation, medical research, and healthcare grow. The city will experience almost $1 billion in new capital investments through 2021.

Birmingham’s central location and transportation system not only make it an attractive distribution and logistics hub in the Southeast, but also a convenient location for residents to take a drive to the mountains or the Gulf Coast beaches in only half a day.

Birmingham has notable restaurants, chefs, breweries and food events that continue to collect national recognition and a dedicated following. Everything from meat-and-three eateries, coffee houses and fine dining to burgers, barbecue and bakeries can be found in this city, which has been labeled a travel destination for its “ramped-up food culture.’’

Besides its food, it’s easy to see why Birmingham has been named one of the 11 Great Travel Destinations in the United States. Places such as the Birmingham Zoo, Vulcan Park & Museum, the Birmingham Civil Rights District, the Birmingham Museum of Art, Railroad Park and Sloss Furnaces offer activities for every age.

When it comes to sports, people in Birmingham love the adrenaline that competition brings. Barber MotorSports Park hosts the Honda Indy Grand Prix of Alabama, which is the signature event of the INDYCAR circuit. At Regions Field, cheering fans and the crack of a baseball bat against a ball fill the air as the Birmingham Barons play. And every year, thousands of people visit Legion Field for the Magic City Classic, which is the nation’s largest HBCU classic.

While Birmingham is full of sporting traditions, it’s also a place where new traditions are made. In 2019, the Birmingham Legion soccer team kicked off its season. And in 2022, the city will welcome more than 4,000 athletes from 100 countries for the World Games.

Birmingham’s low cost of living, high quality of life, shopping opportunities and culture of diversity have created a great place to work, play, and raise a family regardless of one’s race, religion, gender, age, or orientation. This city embraces, values, and celebrates diversity while it also exudes classic Southern charm, genuine hospitality and a spirit that makes one feel like they are right at home.

Mayor Randall L. Woodfin has a vision for Birmingham to be a hub of qualified and diverse talent and a premier destination for small businesses, startups and businesses looking to expand. One way of helping the younger generation access this is through higher education, which is why the city worked to remove barriers Birmingham City Schools students may face when it comes to going to college. The city did this through the Birmingham Promise.

The Birmingham Promise, a public-private partnership, provides apprenticeship opportunities at local companies for high school juniors and seniors from Birmingham City Schools and offers a college tuition assistance program for high school graduates at any public two-year or four-year institution in the state. More than 500 graduates of the Class of 2020 entered their first semester of college in fall 2020 through the Birmingham Promise.

With all of this going on, it’s no wonder the slogan: “It’s Nice to Have You in Birmingham,” has stuck through these years.