Do you have the desire to make a meaningful impact in a vibrant and diverse community? Join a collaborative workforce committed to serving the City of Irvine.

The City of Irvine seeks a flexible and customer focused individual with a knowledge and understanding of traffic signal timing to serve as a Part-time Engineering Technician in the Irvine Traffic Management Center within the Transportation Department.

This position is Part-time with a flexible schedule up to 19 hours per week. Shifts are scheduled weekday evenings after normal working hours, weekends, and holidays.

Apply now! This recruitment is continuous and may close at any time. Next review date: Thursday, January 20.

Your Team
Irvine is recognized as one of America's Best Places to Live, according to Money Magazine . The City of Irvine features an array of entertainment and recreational opportunities including exceptional parks, open space preservations, sports complexes, and master-planned communities.

The Process
The selection process will include an examination and conduct a background investigation prior to appointment. This recruitment may establish an eligibility list to fill future positions in similar and/or lower classifications within the organization.

Equal Opportunity Employer
The City of Irvine is an Equal Opportunity Employer and provides reasonable accommodations to qualified individuals with disabilities. We encourage you to inform Human Resources at least two business days prior to the first phase of the selection process if you have a disability that may require an accommodation
THIS IS A NON-BENEFITED POSITION WITH AN ANNUAL SCHEDULE CAP OF 999 HOURS PER FISCAL YEAR.

Part-time employees must contribute 4.3% of base pay to the Public Agency Retirement System (PARS). The City contributes 3.2%. Contribution rates are subject to change.

The City does not participate in Social Security except for the mandatory Medicare Program.

Please mention you found this employment opportunity on the CareersInGovernment.com job board. 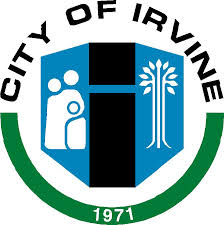 About City of Irvine

The City of Irvine was incorporated on December 28, 1971, under the general laws of the State of California. We operate under a charter law form of government which was adopted in 1975, meaning we have a City Council-City Manager form of government. The City Manager is appointed by the City Council to function as the chief administrator of the City. City Council sets the policy directions for the City, and the City Manager is charged with implementing those directions. Additionally, the City Manager keeps the Council informed of City operations, prepares the annual budget, oversees special programs, and coordinates the various department activities.

Irvine is one of the nation's largest planned urban communities and encompasses over 66 square miles and has a current population of more than 267,000. We contract for fire and medical services with the County of Orange, and have three independent districts: library, educational and utility services.