Basic Function
Under general supervision, supervise students in the lunchroom and on the grounds; perform light cafeteria work as assigned; do related work as requested.

Essential Functions
Supervise students in the lunchrooms, playgrounds, bus stops, parking lots, crosswalks, and other areas assigned including locker rooms and classrooms when teachers are unavailable;
Engage student in play and games on the blacktop/field;
Be alert for and report conditions hazardous to the health and safety of children; Enforce all school agreements concerning proper behavior of students;
Report ongoing/serious conflicts to administration;
Monitor and scan (move through target areas) while supervising; Perform light cafeteria duties such as cleaning tables and benches; Assist students as needed with opening lunch items;
Maintain order in and around (indoor/outdoor) lunch areas; Collect lost jackets and maintain lost and found;
Assist children in conflict mediation/solving problems;
Assist with school wide activities such as Picture Day and Vision/Hearing Screening to maintain efficient movement of students to and from activity;
Other related duties as assigned.

Education & Experience Requirements
EXPERIENCE:
None required, some type of experience supervising or working with children is desirable

Additional dates will be scheduled as needed. You will receive an invite with instructions prior to the examination dates.

Dates are tentative, but it is highly recommended that you plan your calendar accordingly. No Make-Up dates will be offered.
Other Important information: The duration of the eligibility list is one (1) year unless extended by the Personnel Commission. The eligibility list from this recruitment will be used for full-time, part-time and limited term positions.

New employees to the district are placed on step A of the salary schedule. The maximum salary is reached after 3 ½ years of employment.
Recruitments that list Promotional and Open Competitive opportunities may result in one of the following: 1) a dual-certified list in which internal employees of the San Lorenzo Unified School District are awarded seniority points to their final passing score before placement on the eligibility list, or 2) two separate eligibility lists consisting of candidates on a promotional only list and an open list. In the latter case, candidates on the promotional list are referred to the hiring authority before candidates on the open. However, where less than three ranks exist on the promotional list, the open list will be utilized to complete a total of three ranks.

Interested applicant may view the benefits plans available to classified employees of the San Lorenzo Unified School District by clicking on the following link: 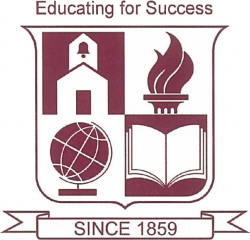 San Lorenzo Community
The Community of San Lorenzo is situated in unincorporated Alameda County between the cities of San Leandro and Hayward. The 2010 United States Census reported that 23,452 people, 7,425 households, and 5,792 families reside in San Lorenzo. The population density is approximately 8,488 people per square mile (3,276.8/km²). The racial makeup is approximately 47.4% White (32.4% non-Hispanic), 4.8% African American (4.5% non-Hispanic), 1.0% Native American, 21.6% Asian, 0.8% Pacific Islander, 17.9% from other races, and 6.5% from two or more races. Roughly 37.7% of the population is Hispanic or Latino of any race.  The school district boundaries include parts of the cities of San Leandro and Hayward.

San Lorenzo Students
The students of San Lorenzo represent the diversity of the town's past and present. Of the students attending TK-12 schools in San Lorenzo, 56% are Hispanic/Latino, 13% are Asian, 12% are Black/African American, nine percent are white, eight percent are Filipino and two percent are of other races. Forty two percent of the students in San Lorenzo speak Spanish as their first language, while 40% speak English as their first languages. Other languages represented include Cantonese/Mandarin (7% ), Tagalog (4% ), Vietnamese (3%) and Arabic (3%). Three percent of our students speak one of 37 other languages. Of the approximately 10,500 students, 69% are eligible for the Federal Free and Reduced Lunch Program.  Seventy-two percent of the District's students are either socio-economically disadvantaged, English Learners or Foster Youth. Many of our students fall into more than one of these categories, but can only be counted once.

San Lorenzo School District
The district was established on November 8, 1859 and is one of the oldest continuously operating school systems in the State of California. From a humble beginning in 1850 with only six students and a tiny portable schoolhouse, the District reached its peak size in 1970 with 18,000 students enrolled in 28 schools. The current Superintendent of the district is Dr. Fred Brill who has served the community since 2014. The district collaborates with multiple city and county government departments to access and organize services for students and families. The school district partners with many local initiatives to create multiple opportunities for students and families. These partnerships include Alameda County Supervisors and Alameda County Office of Education to provide services to community members ages 11-24 at the REACH Ashland Youth Center.

Currently, San Lorenzo Unified School District consists of nine elementary schools, three middle schools, and four high school sites. The District Independent Contracted Education (DICE) program gives students the chance to receive several hours of instruction each week one on one with a highly qualified teacher, while taking on the obligation to complete an additional number of study hours at home.  In 2004, the school district adopted wall to wall Small Learning Communities and offers eight different programs for all 3300 high school students.

District-wide all teachers have focused on implementation of Common Core State Standards to guide classroom instruction. Administrators and teachers use multiple measures of assessment, including NWEA and CAASPP to determine program needs. Teachers utilize formative and summative data across grade and subject areas to inform instruction. Weekly collaboration, planning and analysis of lesson objectives, student work samples, and performance on common assessments drive the delivery of curriculum and the instructional strategies utilized. Analysis of data determines intervention course offerings.