GET PAID TO MAINTAIN BEAUTIFUL SPACES!
The City of Spokane is hiring temp seasonal Grounds Caretakers
The Grounds Caretaker is responsible for watering, cleanliness, and general upkeep of green spaces and hardscapes. Work is conducted at one community park and services nearby neighborhood parks and rights-of-way.

The Grounds Caretaker has the option of working at Manito Park or at other City parks with the Park Operations Department.

The season typically runs April through October. Standard hours of work are between 6:00 am to 2:30 pm, 5 days/wk.

Physical Requirements (with or without reasonable accommodation): 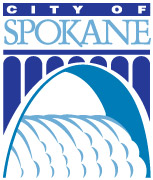 About City of Spokane

The City of Spokane has about 2,000 employees and operates a Mayor-Council, or “strong mayor,” form of government. The Mayor is the head of the executive branch, similar to the governor's role at the state level and the President's role at the federal level. The City Administrator, meanwhile, serves in the capacity of the City's chief operating officer. The other key elected members in our government are the seven members of the City Council, who make up the legislative branch of the City's government.

The Spokane community is nestled in the stunning inland Pacific Northwest and known for its natural beauty, entertainment, award winning K-12 schools and world class colleges and universities. Spokane’s vibrant downtown features a rich food scene and a plethora of breweries and wineries. Spokane has all the perks of a big city, without the big city inconveniences.

With four distinct seasons, the outdoor actives are limitless. There are 76 lakes within 50 miles of Spokane and 5 ski resorts within 2 hours. We have 86 parks and 7 public golf courses, as well as 12 conservation areas within 10 miles of downtown. With an average commute time of 19 minutes, Spokane locals spend less time commuting and more time living. Our community has 29 unique neighborhoods and is truly one of the most beautiful cities in the country. Spokane is a great place to live and play. Learn more about our city, here!