The City of Sedona is now accepting resumes for the position of Community Development Director.

The dynamic community of Sedona seeks an experienced, collaborative, service oriented professional for our next Community Development Director.

The Director also provides highly responsible and complex administrative support to the City Manager, City Council and appointed public bodies, and coordinates assigned activities with other City departments and outside agencies.

To apply for this outstanding career opportunity, please submit your résumé, cover letter, a list of six work-related references (who will not be contacted without prior notice) by March 19, 2021 to HumanResources@SedonaAZ.gov.

The City of Sedona offers a competitive benefit package that includes: 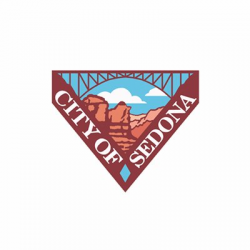 About City of Sedona

The City of Sedona was incorporated in 1988 and is one of the western United States’ premier tourism, recreation, retirement, viticulture, and art centers, all of which contribute to its economic base. Its history is that of a rural ranching community, far off the beaten path, yet the beauty of the region became known through the motion picture industry with many classic films, commercials, and television shows filmed in the rural area surrounding the city. Characterized by massive red-rock formations, as well as the contrasting riparian areas of Oak Creek Canyon, the area encompassing this beloved community is considered as beautiful as many of our national parks. Located in the high southwestern desert under the rim of the Colorado Plateau at an elevation of 4,500 feet, Sedona is blessed with four mild seasons, and plenty of sunshine and clean air. The year-round population of Sedona is approximately 11,000 residents, while the seasonal/visitor population often triples that number on a regular basis.