Women in the Workplace: Subjects of Unconscious Bias 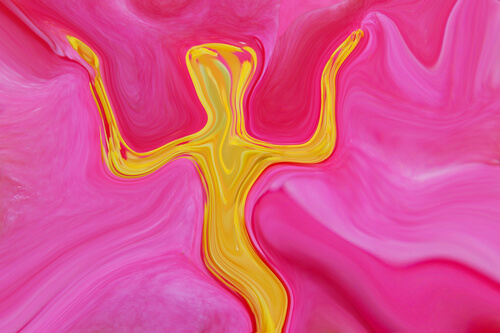 As I have been writing for a few months, inequality takes many forms and manifests in numerous manners. As women, we have been targets for many things all of our lives, however, hindering us professionally damages the way we provide for ourselves and our families. It also detriments the economy when we are held back because we cannot contribute to our full capability and talents.

For example, the pay gap affects not just women but our families and the economy as well. This adds up to lost wages, a reduction in pensions, and decreased Social Security benefits. Under the Equal Pay Act, men and women must be paid equal wages if they perform equal work. What some may or may not realize is that Equal Pay is applicable to more than just a paycheck.

The Equal Pay Act also requires employers to provide their employees whose job functions require equal skill, effort, and responsibility and are performed under the comparable working conditions an equal salary, bonuses, overtime pay, stock options, profit sharing and similar packages, life insurance, holiday and vacation pay, any specific allowances or reimbursement for travel accommodations and expenses. Unequal compensation is not legal unless the employer can demonstrate that the pay differential is based upon a fair seniority, incentive system, or merit. It must be a factor other than gender.

Under Title VII of the Civil Rights Act your employer may not discriminate against you on the basis of your race, gender, religion, or national origin within any conditions or terms of your employment, including benefits, compensation, and hours. Title VII also prohibits pay discrimination that results from unfairly denying women promotions or other forms of discrimination that can impact pay. Both the Equal Pay Act and Title VII are enforced by the EEOC.

The Lily Ledbetter Fair Pay Act clarifies that each paycheck providing discriminatory compensation is a basis to file a claim under Title VII irrespective of when the discrimination began. This law allows 180 days after the most recent paycheck that reflects unequal wages to file a charge with the EEOC.

So What is Unconscious Bias?

An unconscious bias is a bias that we are unaware of and happens outside of our control. It occurs automatically and is triggered by our brain making a quick judgment. Whether we realize it or not, an unconscious bias thrives in our society. Women are still discriminated against professionally, whether it is directly through compensation or indirectly through the way we are treated or spoken to. This bias worsens as we climb the ladder.

Unconscious Bias in Hiring and Promotions

Specifically, an unconscious bias thrives in hiring, promotions, and in feedback. It is important to hire a diverse workforce in order to be competitive. However, an unconscious bias works against this and keeps women from being equal, successful, and economically stable. In order to combat unconscious bias in hiring, it is important for employers to maintain flexible policies that are supportive of equality. Examples of such include telecommuting options, flexible hours, and family leave. All of these policies make for a happier, more productive workforce. It is also beneficial to work with groups who can help can get diversity into the workforce. In addition, educating your employees about implicit biases will help them to scrutinize their own behaviors and be more mindful.

It is also important to define requirements for a position carefully because women will not apply unless they meet 100 percent of them. Organizations should define which requirements are mandatory and which ones are not. When advertising for a position, choose words carefully because some will work against bringing candidates in. Gender neutral environments also are important in attracting candidates.

When considering an employee for a promotion, it is important not to consider external factors or those that are not related to how an employee performs their job functions. Whether this is done purposely or by an implicit assumption, it is a discriminatory behavior. Implicit bias based on the idea that an employee can perform their job properly. For example, an employer should not assume that a female employee would not be interested in a promotion solely because she is pregnant. This implicit assumption is based on the notion that women are not capable of working and having a family or that women should be limited to only one. It is ideas like these keep women back professionally and economically. They also contribute to gender inequality whether we realize it or not.

There is also research that states men and women are assessed differently in the workplace. Male and female managers may critique women more harshly for being aggressive. Their accomplishments are more likely to be viewed as a team effort rather than their individual one. These differences are products of an unconscious bias, which influence our workplaces. If managers expect women to be team-oriented and men to be independent, women may be pushed into supporting roles rather than the core positions that lead to executive jobs. When these stereotypes are internalized over time they can sap up some of the women’s confidence that they or their female co-workers can handle more demanding positions. Whether we realize it or not, stereotypes shape our perceptions of capability. Women are held to a higher standard within evaluations and we hold ourselves to a higher standard as well. Hidden biases such as these can cumulatively damage a woman’s career over time. This results in a decreased access to leadership positions, stretch assignments, advancement, and pay.

It is important to raise awareness in order to combat issues such as these. They pervade within our cultural and social norms. Employers also must ensure that they employ specific criteria in hiring, promotions, and giving feedback to their employees. Employers can also take a proactive approach by learning from each other in how they conduct their performance reviews, advertise for new positions, or decide on a process for promotions. It is important to be thorough, fair, and transparent within each process. By maintaining this approach throughout the employment process, women have a better chance at achieving professional and economic success. As a society, we must continue to work together towards the common goal of achieving parity by raising awareness and challenging our norms.