Railroads in America – A Government Dilemma 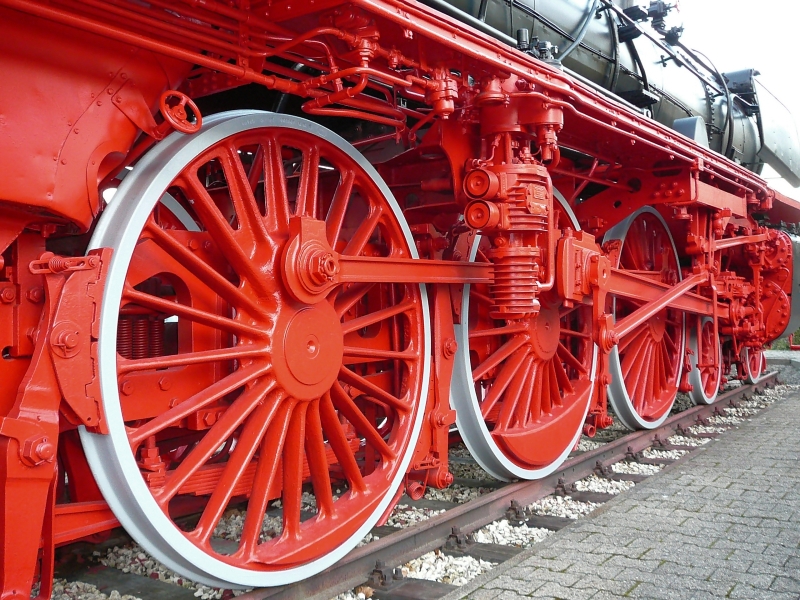 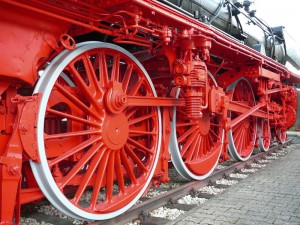 Very early on, the British Monarchy insisted on a 4 foot 8.5 wheel spacing because they wanted to promote and ensure maximum trade and commerce throughout the kingdom. They decreed that every wagon and ox carts had to have a wheel spacing of 4 feet, 8.5 inches. They needed this width to match the spacing of the ruts in English roads. They knew that if any wagon or cart had wheel spacing different then 4 feet 8.5 inches its axles would get caught up in the ruts and break and the wagon would be destroyed.

Many Americans are unaware that the standard railroad gauge in our country (the distance between the two metal rails) is set by federal law at 4 feet, 8.5 inches. Why the heck did our country’s government officials settle on such an odd size when they built our first rail line?

Well, when our government and business leaders decided to pursue our first rail system they relied mainly on British expatriates to design and construct the railroad. These English expatriates were the same craftsmen who designed and built the British railways so they built what they knew.
Wait a minute! Where did all those ruts in English roads come from? They were created by the Imperial Roman Army when the Romans invaded England. The Romans had brought with them their War Chariots and all their Imperial War Chariots were drawn by two horses by order of Caesar. Caesar insisted every war chariot be pulled by two horses to intimidate the enemy.

To comply with Caesar’s proclamation Roman engineers calculated 4 feet, 8.5 inches as the minimum needed wheel distance on a chariot if pulled by two horses. Therefore if the British Monarchs wanted to continue to use the great roads built by the Romans they had to adopt a standard wheel spacing of 4 feet, 8.5 inches.

When England decided to build its first railroads it relied on the trained craftsman who for years built the wagons and carts for the British highways and tram systems. Those craftsmen unfortunately only had tools and jigs to construct axle designs based on a 4 ft, 8.5 inch wheel spacing.

Though it might be hard to believe – it’s true; the standard U.S. railroad gauge of 4 ft, 8.5 inches is actually based on an ancient Roman Emperor Law ordering all war chariots to be drawn by two horses.

So Gabe, what does all this ancient Roman War Chariot stuff have to do with modern day local government leadership and current business practices? Well, get ready – the moral of this story will be fascinating and crucial for your career.

In your lifetime you may have watched a news program or History Channel special and saw a NASA Space Shuttle sitting on a launch pad in Florida. If you recall there were two booster rockets attached to the sides of every space shuttle. Those boosters were what NASA engineers called solid rocket boosters, or SRB’s. The lowest bidder on the SRB contract for NASA was a firm in Utah called the Thiokol Corporation.

Though NASA’s engineers had initially envisioned much larger SRB’s for the shuttle they had to considerably reduce their original size when a major shipping problem was discovered. You see the SRB’s built at the Utah plant had to be shipped by train to launch pads in Florida. All rail routes from the Utah to Florida run through mountains. The mountains have rail tunnels and the SRBs had to be able to fit through those tunnels.

Railroad tunnels as you might surmise are just slightly wider than railroad tracks, and railroad tracks in America as you now know are 4 feet, 8.5 inches or about as wide as two horses’ standing side by side.

So, the US Space Shuttle program that was in place during the late 20th century and early part of the 21st century had to design major components to meet the mandates imposed by the Imperial Roman Government over two thousand years before.
The two very important lessons we can all learn from this saga are:

1) Be extremely careful when making decisions in your local government or business boardrooms; because the decisions you make may have long lasting implications for both your staff today as well as future generations to come.

2) Never, ever, under any circumstances agree to make any decisions just to accommodate two horses’ asses who sit on your government body or in your corporate board room. If you do, the odds are those decision will come back to haunt you at a later date
.